The Baltimore-based Duck-Pin Brewing Company gets its name from the scaled down version of a bowling pin, called a duck-pin. Subtle nods to the sport were employed throughout the identity system such as the logo resembling a top-down view of the duck-pin rack, and the bowling ball-inspired marbled pattern used throughout different parts of the brand. In addition, the packaging and naming of the brews was influenced by various elements of the sport, such as scoring and bowling lingo. To the non-bowler the brand is sharp and unified, while a fun layer of depth is present for anyone familiar with the sport. 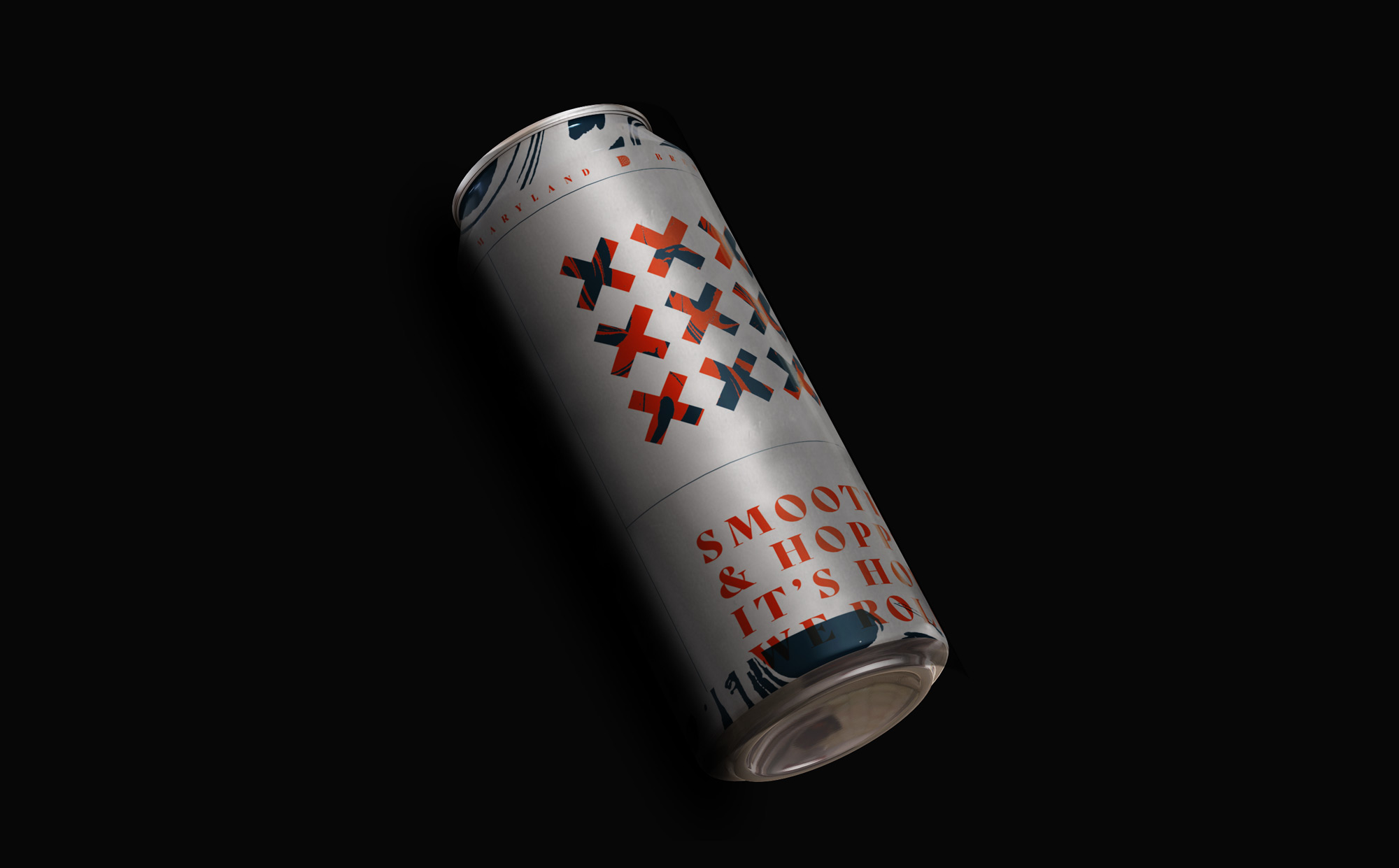 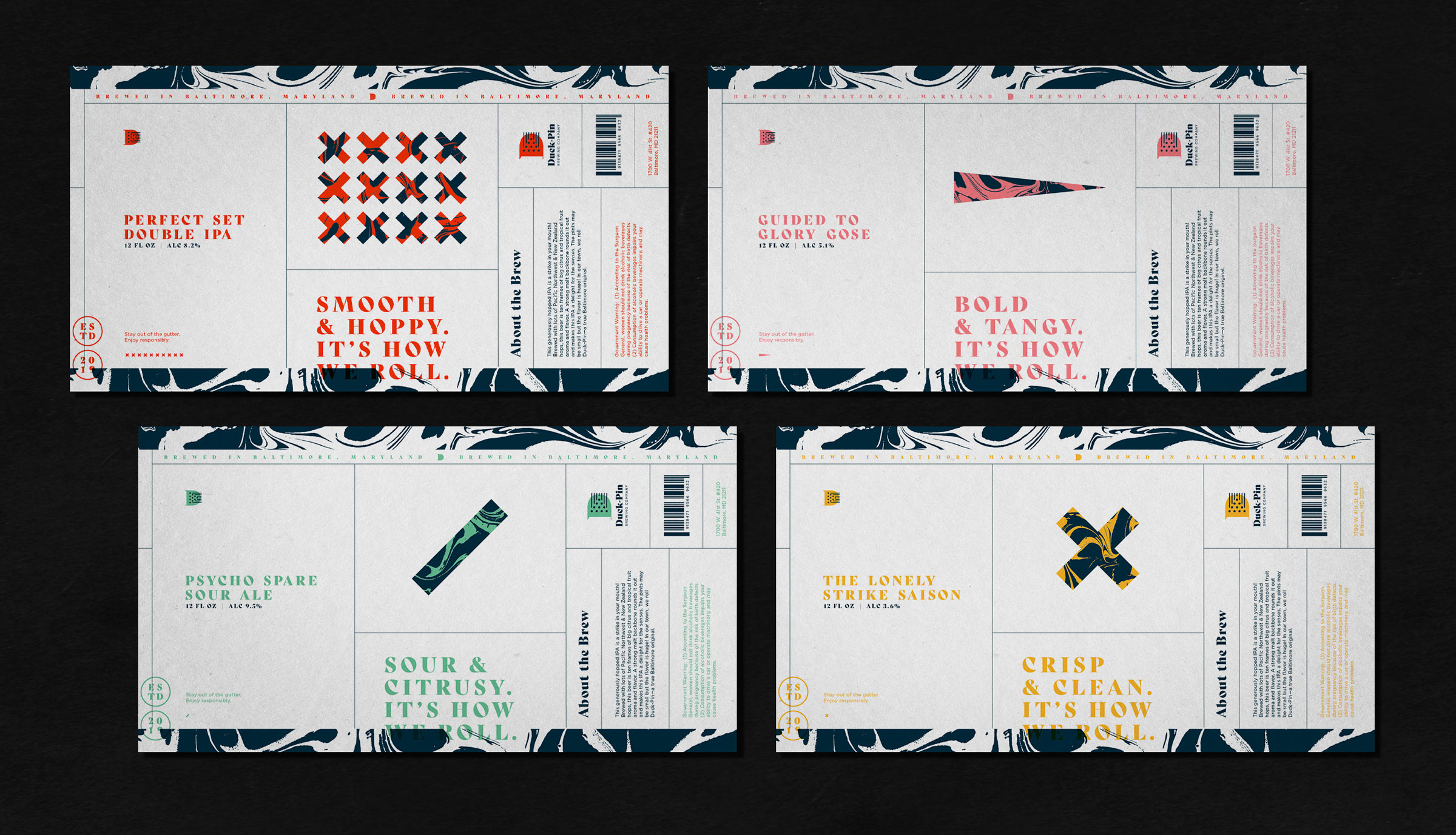 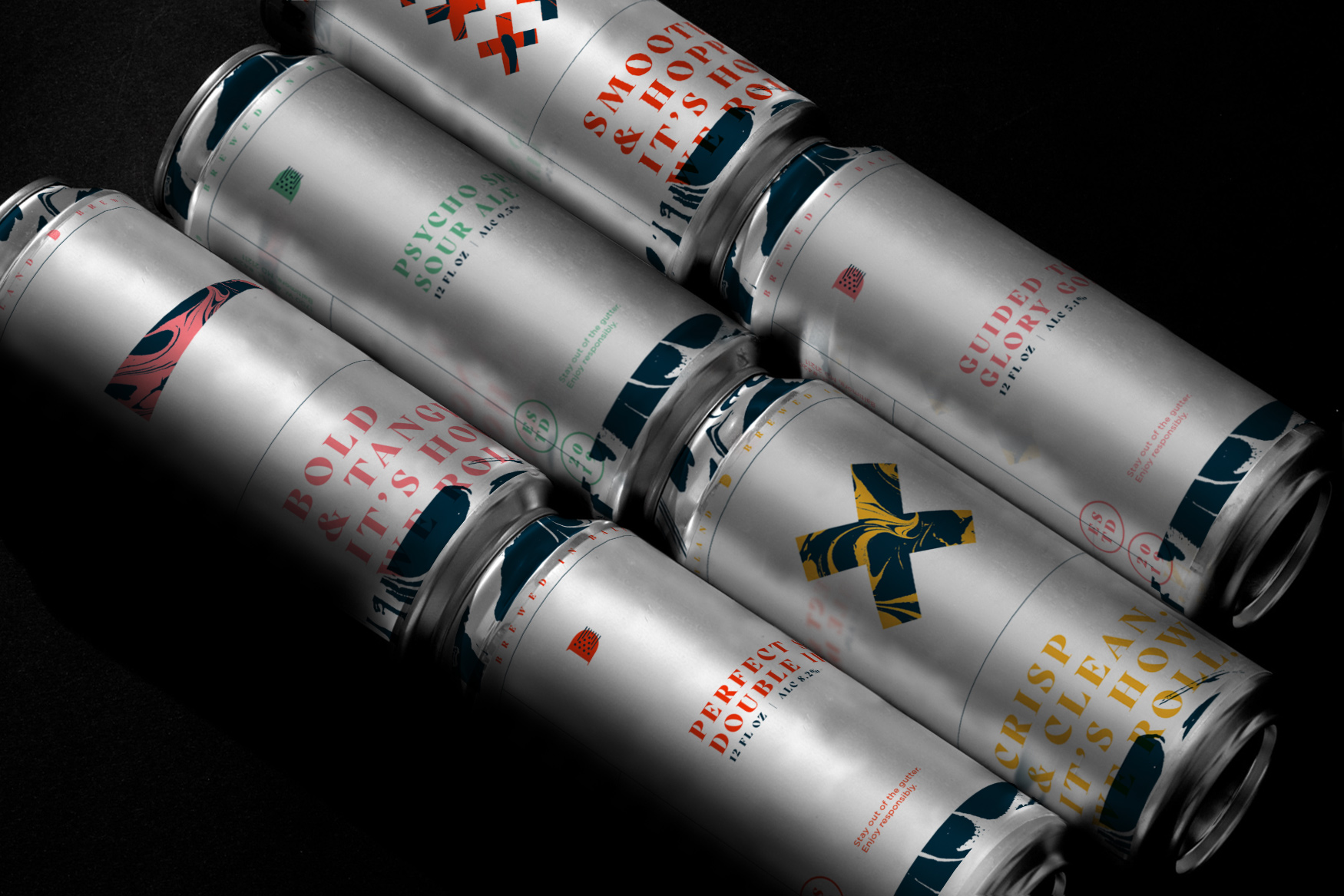